a1 = Center (mode of asymmetric peak)

Built in model: LN4 or GenNorm[cwa] 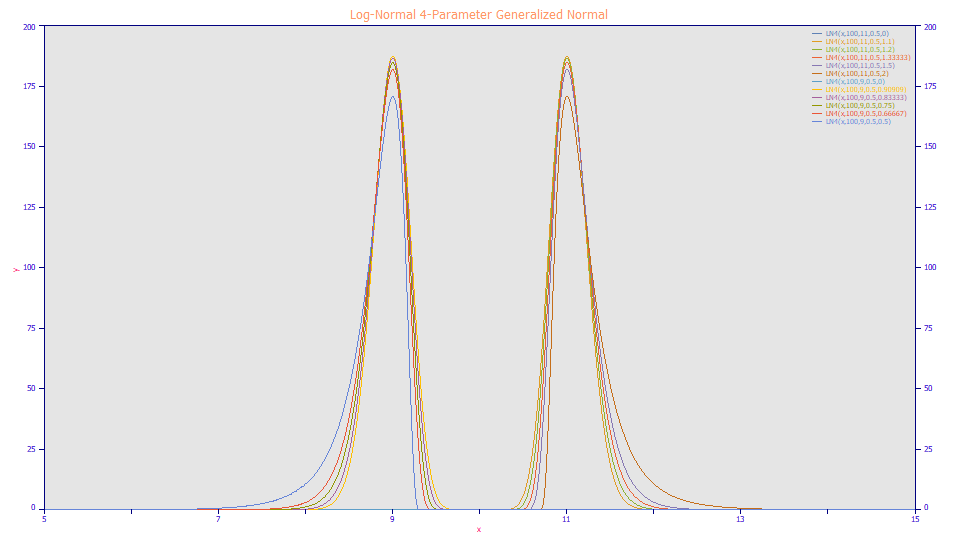 Using a Generalized Normal for chromatographic modeling was suggested almost a half-century ago. While the model is simple to compute, and managed certain forms of tailing and fronting, it could not fit the tailing arising from an exponential delay in a detector, not could it manage the tailed and fronted shapes at higher solute concentrations. Although we included the LN4 in the v4 product, its use for chromatographic peaks was mostly forgotten.

Although the first literature reference we found referred to this model as a four-parameter Log-Normal, it is probably better seen as simply one parameterization of the widely used asymmetric generalized normal in statistics.

In PFChrom the asymmetric generalized normal is used or made available in multiple parametrizations, as the Default ZDD in the GenHVL and GenNLC models and as the [Z] ZDD used in the GenHVL[Z] and GenNLC[Z] models, and in a variety of forms in user defined peaks and view functions. Using their own specific parametrizations, the default and [Z] ZDD produce this same LN4 shape in generalized models.