Gradient and shaded 3D surfaces can be rotated (animated) in real time to view the surface at a succession of X and or Y viewing angles. The Modify 3D Animation Settings toolbar button in PFChrom graphs is used to set the angles and increments for the animation. 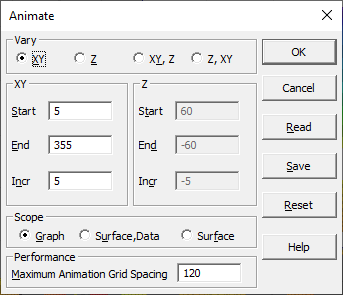 There are four animation options. You may animate only the XY view angle by selecting the XY option or only the Z view angle by selecting the Z option. You may also animate both view angles. The XY,Z selection will animate all of the Z angles while stepping through the XY angles. The Z,XY option will animate all of the XY angles while stepping through the Z angles.

The Surface,Data and Surface options are identical for graphs that contain only a surface or only data points. In both instances, titles, labels, backplanes, and contours are removed. The animation thus consists of only the basic surface or data.

The Display Data on Surface or Contour toolbar item can also be used to toggle the data on and off.

The computational demands of 3D surface animation are high, and performance may be an issue, especially when multiple graphs are being animated. The more powerful the graphics card in the computer, the faster the 3D rendering will be. To improve performance, the Maximum Animation Grid Spacing setting will limit the grid used for display during animation. If this value is set to 120, this means the graphs will animate at no higher than x=120, y=120 grid resolution (14,400 points determine the surface). By default, shaded surfaces render on a 300x300 grid.

The Reset button restores a default where only the XY angle is animated at 5 degree increments.

Use the Start/Stop 3D Animation toolbar button to begin and end the animation. You can temporarily pause the rotation by left clicking the graph. Clicking again will continue the animation. 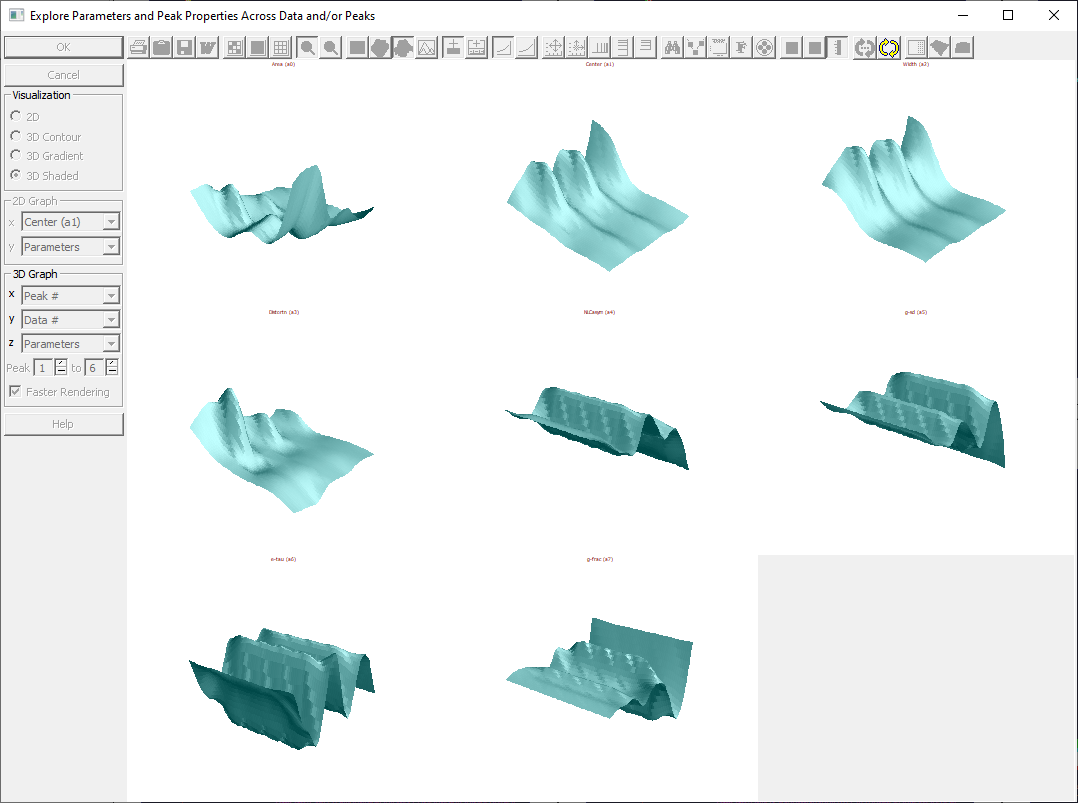 Use the Modify Graph View toolbar button to change the main 3D settings except the gradient or surfaces.

Use the Select Color Gradient for Surface or Contour toolbar button to change the gradient used in 3D surface and contour plots.

Use the Render 3D Surfaces with Plateau at Upper Z Bound to have the upper Z-bound filled rather than open.